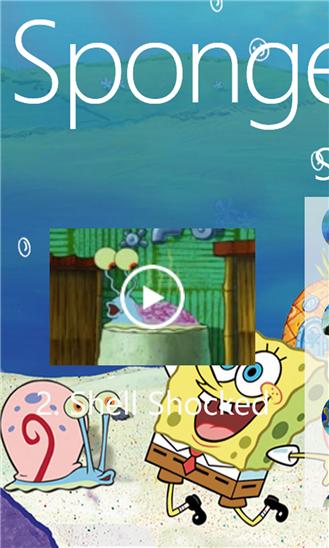 SpongeBob SquarePants is an American animated television series created by marine biologist and animator Stephen Hillenburg for Nickelodeon. The series chronicles the adventures and endeavors of the title character and his various friends in the fictional underwater city of Bikini Bottom. - SpongeBob SquarePants is a yellow anthropomorphic sea sponge who physically resembles an artificial, rectangular, kitchen-type cleaning sponge clad in brown short-pants, a white shirt and a red tie. He lives in a pineapple house and is employed as a fry cook at a fast food restaurant called the Krusty Krab. SpongeBob's hobbies include practicing karate with Sandy, as well as jellyfishing, blowing bubbles, and playing games with his best friend, a starfish named Patrick Star. - Patrick Star is a starfish who lives under a rock and whose most prominent character trait is his low intelligence. He is best friends with SpongeBob and often encourages activities that get the two into trouble. While typically unemployed throughout the course of the series, Patrick holds various short-term jobs as the storyline of each episode requires. - Squidward Tentacles is an octopus with a large nose. He is SpongeBob and Patrick's ill-tempered, grouchy next-door neighbor with a snobby attitude and a sarcastic sense of humor. He has no talent, although he believes he is extremely talented. He plays the clarinet and loves to paint self-portraits in different artistic styles, which he hangs up around the walls of his house shaped like an Easter Island head-sculpture. - Eugene H. Krabs is a red crab who owns and operates the Krusty Krab restaurant where SpongeBob works. He is self-content, intelligent, and obsessed with money. He lives in an anchor with his daughter Pearl, who is a whale. - Sandy Cheeks is a squirrel from Texas. She has a number of athletic interests, such as "sand-boarding" and karate, and is a rodeo champion. She also works as a scientist, explorer, and inventor.