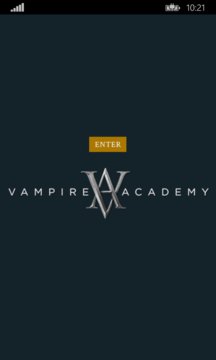 Vampire Academy is an American best-selling series of six young-adult paranormal romance novels by author Richelle Mead. It tells the story of Rosemarie "Rose" Hathaway, a seventeen/eighteen-year-old Dhampir girl, who is training to be a guardian of her Moroi best friend, Vasilisa "Lissa" Dragomir. In the process of learning how to defeat Strigoi (the evil undead vampires) in St. Vladimir's Academy, Rose finds herself caught in a forbidden romance with her instructor, Dimitri Belikov, while having an unbreakable psychic bond with Lissa.

This app contains 6 books of the series and 2 advanced books of series:

The first in the series was adapted into a movie directed by Mark Waters, starring Zoey Deutch, Lucy Fry, Danila Kozlovsky, Olga Kurylenko, Gabriel Byrne and was released by The Weinstein Company on February 7, 2014!