Welcome to Game Central Station! Hit the arcade and game-hop between 5 different arcade games all based on the film, Wreck-it ... Read More > or Download Now > 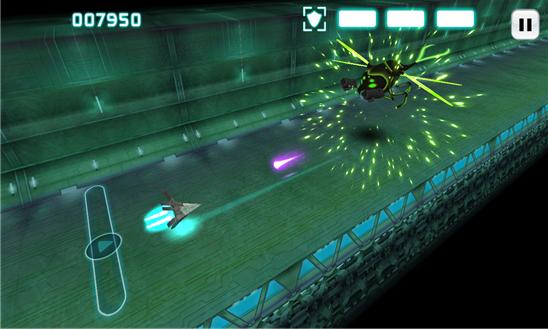 Welcome to Game Central Station! Hit the arcade and game-hop between 5 different arcade games all based on the film, Wreck-it Ralph! Fix-it Felix Jr. – • Ralph wrecked it, now you get a chance to fix it! • Awesome 8-bit graphics that pay homage to the classic arcade era. • Climb, dodge and magic hammer your way to a high score! Hero’s Duty – • Suit up and play as Sergeant Calhoun and teach those cy-bugs a lesson they’ll never forget! • Blast cy-bugs in level after level of bug clearing action. • Grab different weapons and make your momma proud! Sweet Climber – • It’s Ralph’s time to shine in an endless climbing game! • Use tilt controls and fizzy jet packs to climb as high as possible. • Jump from candy stalk to candy stalk, but watch out for weak branches! Turbo Time— • Enter the race for gold, and drive at turbo speed! • Roll through fiery speed boosts and avoid obstacles to gain an edge over your competitors! • Sweet 16-bit graphics that add a retro feel to this classic arcade racer! Flight Command— • Fly to extreme distances in this exciting flight sim! • Blast through waves of cy-bugs, and dodge explosive obstacles to become the toughest pilot around! • Max out your high score by scoring huge multipliers and destroying everything in your path! Also compete against your friends - for high scores in each game! Get to Game Central Station and start playing! Before you download this experience, please consider that this app contains in-app purchases that cost real money, push notifications to let you know when we have exciting updates like new content, as well as advertising for The Walt Disney Family of Companies and some third parties.