Add the wing system and some optimizationsFallenSouls is an exciting and immersive MMORPG game you should not miss.A powerful kingdom, ruled by 3 mighty races, is battling against an overwhelming darkness. Heroes, you...Read More > or Download Now > 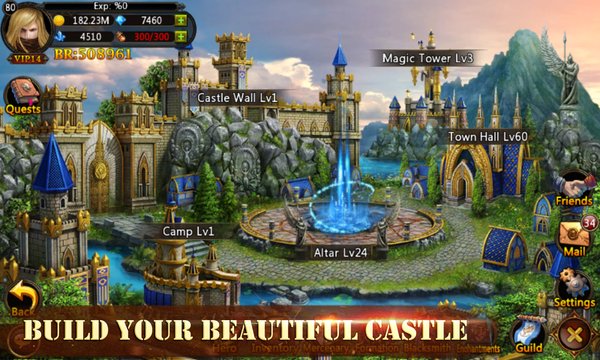 Add the wing system and some optimizations
FallenSouls is an exciting and immersive MMORPG game you should not miss.

A powerful kingdom, ruled by 3 mighty races, is battling against an overwhelming darkness. Heroes, you are needed! Join the war and show us your true powers and bring peace back to this world!

-Climb to the heights of the PvP Arena, and to be the number one by defeating the strongest heroes your server has to offer!
-Band together with friends and take on epic dungeons, defeat powerful bosses, and reap rewards and treasures beyond imagination.
-Come and join the leagues of players giving their all to slay the monster who brought our world to the brink of destruction, the World Boss Leviathan!
-Lend your great power to a friendly guild, and grow stronger with your new allies. Relax in the tavern, go toe-to-toe with exclusive guild bosses, and recruit guild mates to help defeat powerful enemies!
-Equip yourself with armor and weapons of legend. Modify, upgrade, refine, and even bless your equipment to suit your particular style of play!
-Recruit powerful mercenary monsters to assist you in fighting back the rising ride of evil.
-Restore and upgrade your very own castle, and build an army to defend it!
-Obliterate your foes and strategize with your allies with fast-paced turn-based combat.

It is a world of might, darkness, revenge and great treasure.

Install this Free to Play MMORPG and join the WAR NOW!