Spin 2015 is an awesome physics-based puzzle game inspired by the ancient Chinese philosophy of YIN and YANG, that describes how apparently opposite or ... Read More > or Download Now > 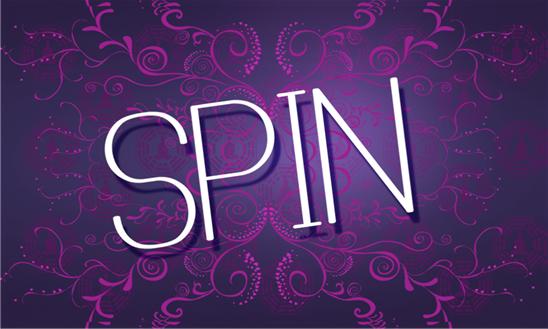 Spin 2015 is an awesome physics-based puzzle game inspired by the ancient Chinese philosophy of YIN and YANG, that describes how apparently opposite or contrary forces are actually complementary, interconnected and interdependent in the natural world. Yin 陰 or 阴 is female/passive/negative principle in nature, while Yang 陽 or 阳 is positive/active/male principle in nature. Yin and Yang have been separated, and this has disturbed the natural balance of the world, since both cease to exist without another. The fate of restoring this balance lies in your hands now! You need to guide Yin (black dot) and Yang (white dot) to their objective through a rotating world. Use gravity as an enabling force to move them closer towards each other, as you turn the layout around. You can play as either and experience different themes. Spin offers a mixture of Tao theme with a pinch of puzzles element at every level. The game will put your dexterity and agility to test, and you'll need strong observational skills and extreme control as you face mind-bending levels along the way. Highlights of Spin 2015: + High quality HD Graphics with Tao inspired theme + Soothing music to calm your senses + Rotating layout to guide YIN or Yang to their objective + Play as Yin (black) or Yang (white) and experience different themes + Taoism wisdom quotes to keep you motivated as you clear levels + Fuse into Tao Culture # The Tao disciples are constructing more levels with varied properties for you - Stay tuned! Game Reviews “Spin, an addictive Windows Phone puzzle game inspired by Chinese philosophy” – WP Central ( http://www.wpcentral.com/spin-windows-phone-game-review ) Ver 1.0.0.3 1. Minor bug fixes. 2. Game play enhancements. 3. Graphic improvements.