The Lost War is beautiful fantasy shooter game where you take control of advanced robot/spaceship and move freely through massive environments to blow up ... Read More > or Download Now >

The Lost War for Windows Phone

More About The Lost War 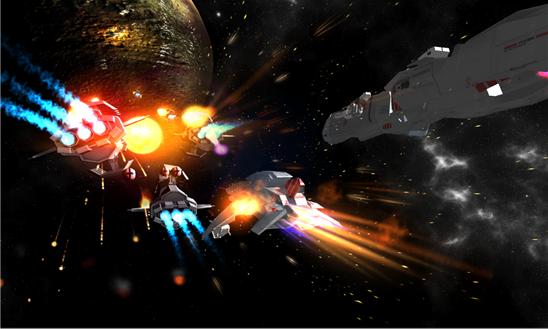 The Lost War is beautiful fantasy shooter game where you take control of advanced robot/spaceship and move freely through massive environments to blow up enemies. Like in the good stories, there are two sides. No sweat, no choices to be made: you embody advanced robot/spaceship to fight against the evil empire who have settled their basis all along the galaxy. You will guide explorer droids with a mission: conquer the planet they've sent to. Dozens of enemy droids, vehicles and star ships should be destroyed to level up. There are up to 12 stages in campaign mode and 3 survival levels which make you improve your aiming and dodging skills. The game supports large diverse game environments with 3D console quality graphics and excellent drawing distance, 3D quality sound system, futuristic weapons and huge boss battles. *Live tiles support *Use headphones for the best sound experience *Graphics intensive game, beware of overheating *For Low-End devices, it is recommended to play on "Low" in the Graphics settings "After playing The Lost War, I can confidently say that it is one of my favorite games on Windows Phone. The first thing you will notice about this game is the beautiful 3D graphic world that you will be playing in. The Lost War is a unique game that definetely deserves to be experienced. With controls being my only complaint about the game, I would absolutely recommend The Last War"-wmpoweruser.com "One of the most gorgeous games on Windows Phone... Throughout your adventure, you’ll have to contend with dozens of enemy droids, vehicles and star ships, all built with amazing three-dimensional graphics and equally amazing sound, made better with the use of headphones."-1800pocketpc.com "It is certainly one of most beautiful games created for Windows Phone... Coming to the gameplay, it is really an engaging experience and one can really feel its impact on a larger display, intact larger the better!!"-NPU.com "The Lost War brings you a great 3D experience and stunning graphics quality, accompanied by the sound system as well as advanced weapons equipped robot promises to be a game that hard to be ignore"-winphoneviet.com "The graphics are gorgeous though, and really show what the Unity engine can do."-AAWP.com For questions, information and tips, do not hesitate to contact: SwanAngel.help@gmail.com Version 1.2.0.*** *New Space combat levels. *Redesign Intro scene. *Redesign ending scene. *Bugs fixes. Version 1.0.7.*** *New Space combat levels. *Graphics enhancements. *Bugs fixes. Version 1.0.5.*** *New Intro cutscene. *Improved ending scene. *Bug fixes. Version 1.0.4.*** *Support for a Real Time Shadows in the "High" Graphics settings (non Adreno 225 GPU devices). *Performance Improvements. *Optimization. *More controls Improvements Version 1.0.3.*** *Graphics enhancements. *Bugs fixes. *Controls Improvements.