Can't get enough of action games? Looking for ⭐️free killing first-person shooter games around? Well, you're in luck! FPS Gun Shooter Online is everything you've ever wanted from a free FPS game and even more!Enjoy...Read More > or Download Now > 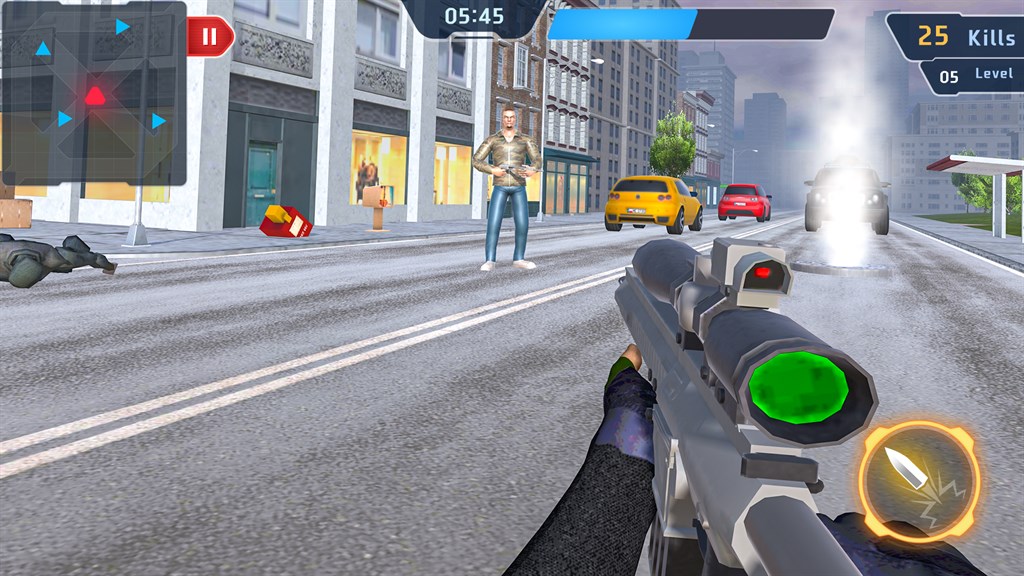 Can't get enough of action games? Looking for ⭐️free killing first-person shooter games around? Well, you're in luck! FPS Gun Shooter Online is everything you've ever wanted from a free FPS game and even more!

Enjoy the coolest dynamic shooter game with PC-quality graphics. The tensest first-⭐️person shooters the mobile game is in the vein of everyone's favorite Call of Duty, CSGO, and PUBG!
FPS Gun Shooter is a first-person shooter that features competitive combat through beautifully crafted maps and challenging game modes.

FPS Gun Shooter game in few words: awesome visuals, great gameplay, and addictive missions. We consistently improving it for better user experience and adding updated features. We are striving to offer the exciting sniper game experience to our users.

Hold the breath, close an eye, take the aim and make a super shot like a real gun shooter assassin. Clean your city in the gun shooting arena and make genuine moves in real sniper game. Strike your sniper gun like an elite, do not let 😈your enemies run. Shoot assassin your target for the victory.

Offline
In the history of offline shooting games, this action game has many missions to complete army commando and shooting missions. After completing each of the escaped free shooting challenges, you will be promoted in the next war and battle challenges. You have many weapons, such as sniper rifles, bullets, shotgun, grenades, and much more. So in these offline shooting games you should also unlock those to shoot all enemies. This angry SWAT task is the best game for you. What are you waiting for now? Download new action games 2022 and tastes the victory by shooting all the bad enemy.

FPS Gun Shooter game features
👉More than 30 modern guns, pistols. Choose your own offline shooting games (sniper, shotgun, and machine gun or assault rifles)
👉Up too many enemy in action games
👉 Compete in ranked seasons and get promoted to higher leagues among other shooting games players
👉 Call for your friends and interact with other players, complete contracts and quest missions
👉 Intuitive control and easy interface - swipe, aim and shoot
👉 Perfect optimization
Real war games beautiful sounds
👉New cool gun game elements
👉Simple gun shooter games control
👉You can get out of the game in three ways: 1. if the time runs out, you can be out of the game, 2. if your enemy comes and kills you from behind, 3. if your lifeline ends.