The game is based on the magical world of the Western Middle Ages. Builds cities, recruits troops, summons heroes, makes allies, and develops your own empire.Really vast empire battles, compete for hegemony with thousands of players from all over the world, and enjoy the art of warfare in front of the enemy. ... Read More > or Download Now > 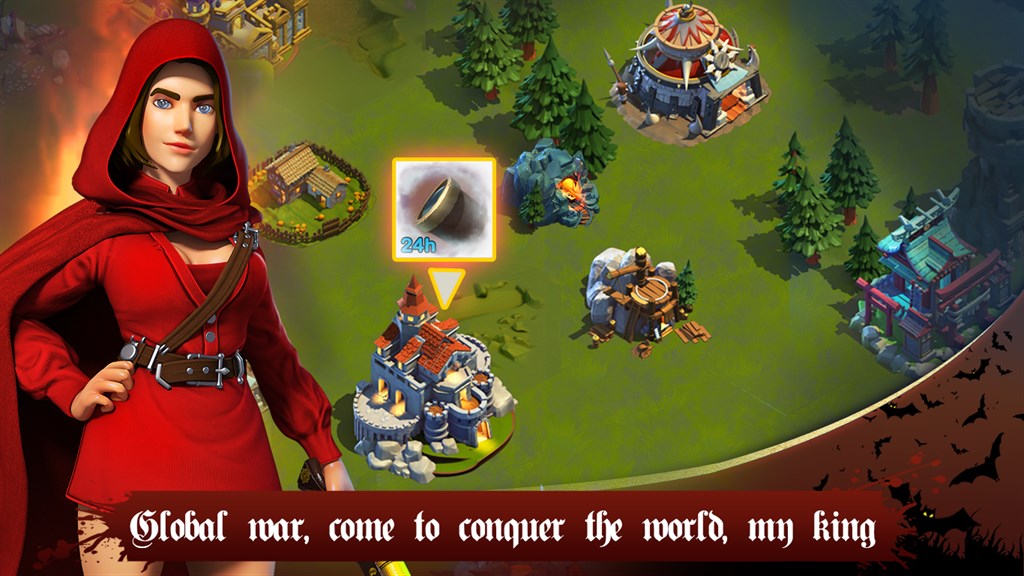 Medieval European and American realistic magical strategy SLG Bloodthirsty Kingdom: Vampire War, the game uses exquisite game graphics and multi-play system to present the grand scene of ancient wars among players. Build your own kingdom, participate in epic multiplayer wars, form alliances with players from all over the world, and work together. Games can Cross-Play with Google Play, iOS Store and PC. Global server, and defeat the enemies that prevent you from becoming the emperor!

Game Features
Global players, fighting for the country
• You can build magnificent cities, manage resources in the city, build your army, participate in bloody wars, and compete with other war game or strategy game lovers. Find your allies, build alliances, defend your kingdom, attack other players, and become the strongest king in the Middle Ages!

Throne battle is on the verge
• The throne is the pinnacle of glory. In the end, only one alliance can be crowned the throne and accept the worship of players from all over the world! Only the real overlord can win the final victory!