Gotham Hero is the secret identity of Bruce Wayne, an American billionaire, industrialist, and philanthropist. Having witnessed the murder of his parents as ... Read More > or Download Now > 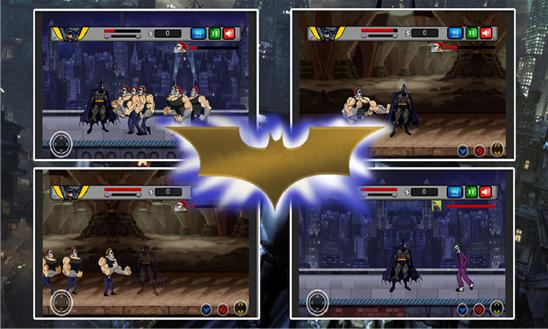 Gotham Hero is the secret identity of Bruce Wayne, an American billionaire, industrialist, and philanthropist. Having witnessed the murder of his parents as a child, he swore revenge on criminals, an oath tempered with the greater ideal of justice. Wayne trains himself both physically and intellectually and dons a bat-themed costume in order to fight crime. He operates in the fictional Gotham City, assisted by various supporting characters including his crime-fighting partner, Robin, his butler Alfred Pennyworth, the police commissioner Jim Gordon, and occasionally the heroine Batgirl. He fights an assortment of villains, often referred to as the "rogues gallery", which includes the Joker, the Penguin, the Riddler, Two-Face, Ra's al Ghul, Scarecrow, Poison Ivy, and Catwoman, among many others. Unlike most superheroes, he does not possess any superpowers; he makes use of intellect, detective skills, science and technology, wealth, physical prowess, martial arts skills, an indomitable will, fear, and intimidation in his continuous war on crime. GAME FEATURES: • TOTALLY FREE • FUNNY CHARACTERS • CHALLENGING MISSION • FACEBOOK SHARING Fix bugs and boost performance on lumia 520