The game is a side-scrolling platform game, with the controlled character having to leap, climb, run and descend from platform to platform. There is an ... Read More > or Download Now >

The Lion King for Windows Phone

More About The Lion King 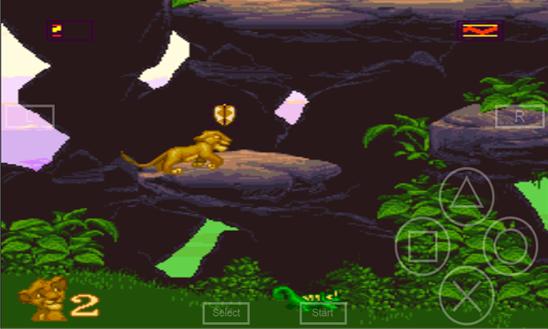 The game is a side-scrolling platform game, with the controlled character having to leap, climb, run and descend from platform to platform. There is an exception during the level The Stampede, where Simba is running towards (or in the Game Boy version, running with the camera looking straight down on top of him, while the Game Gear version is a side scrolling platformer like the other stages) the camera dodging wildebeest and leaping over rocks. In most versions of the game two bars appear on the HUD. To the left is the roar meter, which must be fully charged for Simba's roar to be effective. To the right is the health bar which decreases when Simba is hurt. At the bottom left of the screen is a counter showing how many lives Simba has remaining. Bugs of various shapes and sizes can be collected, restoring health or granting bonuses. Rare health-damaging bugs also exist. The player controls Simba (first as a cub, then later as an adult) in the main levels and either Timon or Pumbaa in the bonus levels. Cub Simba can roar, jump on enemies and roll. All three are used to combat enemies and have different effects. Rolling can also be used to access hidden areas and dodge attacks. Adult Simba is stronger, can slash and maul, and he can throw enemies to the side instead of just jumping on them. He also has a more formidable roar, but can no longer roll. During the course of the game there are two bonus stages. In the first bonus stage, players control Pumbaa, eating bugs dropped by Timon without letting any good ones touch the floor. In the second bonus stage, players control Timon, searching the area for bugs within a time limit. Both will end prematurely if they come into contact with a bad bug (a spider).