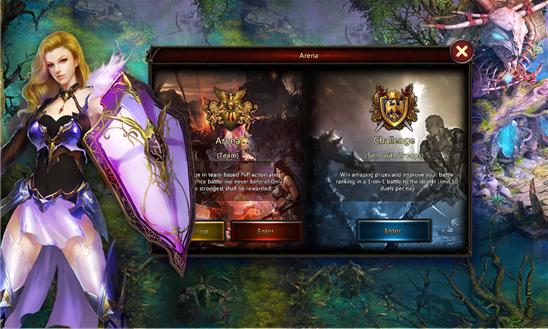 Final Warlord is a RPG and SLG mixed mobile game. Players play roles as castellans leading armed forces in the game. Winning battles and finding treasure to accumulate experience, gold, and various other resources. In the strategy portion, players upgrade Buildings (costs Gold and has cooldown timer), and collect resources. Are you strong enough to protect and bring peace to the people of Balenor once again? Choose between a Legendary Knight, a Deadly Archer, or a Powerful Mage and be ready for a massive multiplayer game experience! Build your village,train your troops and join millions of players online! FEATURES * Free to play * Upgrade your town and your heroes and battle against the force of evil * Complete over dozens of quests in a single-player story mode * Fight alongside with your friends in the PvP Arenas * Create or join a Guild and be the most feared among other teams in the Guild Battle * Have an unique hero by customizing its appearance * Collect rare loot drops as you explore the realm and create weapon and armor with a deep crafting system! Customer Service Email：finalwarlord@hoolai.com