Delight Media Player is an innovative player which includes unique & exciting features, such as Picture in Picture (Pip), cast to Chromecast and DLNA, record ... Read More > or Download Now > 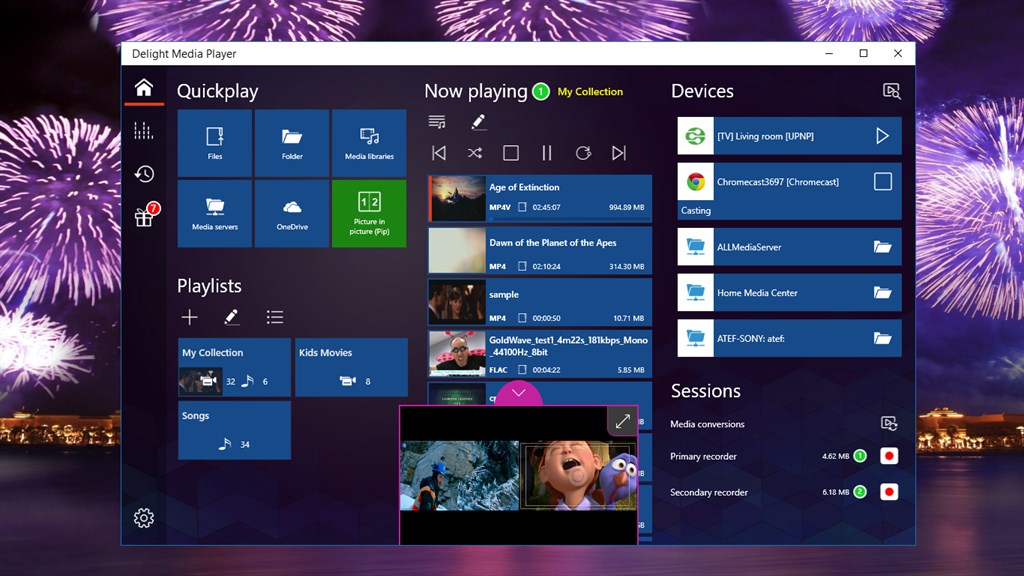 With Delight Media Player you will enjoy your favorite media content on your PC, Tablet, Mobile and also on your big screens.

Subtitles
----------
In addition to loading local subtitles, Delight Media Player can automatically search and download subtitles for you. You can also configure the appearance of the subtitles. In addition, time correction feature will allow you to adjust subtitle times.


*** All features of this app are free except for the advanced features (casting, downloading, recording and playing from OneDrive and UPNP servers)