Move and swap gems in any direction. 3 or more gems of the same kind will disappear when placed next to each other and you will gain points. Occasionally ... Read More > or Download Now > 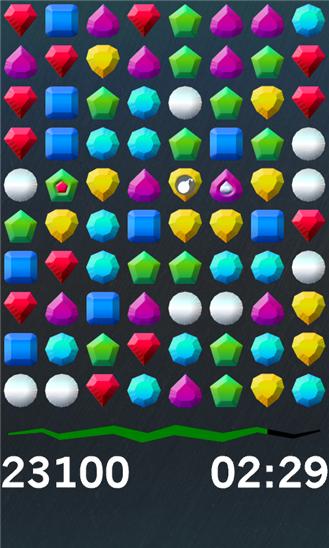