Build and command your own spaceship, Explore the Panthera universe in which hundreds of missions await you! "Panthera Frontier" is a ... Read More > or Download Now > 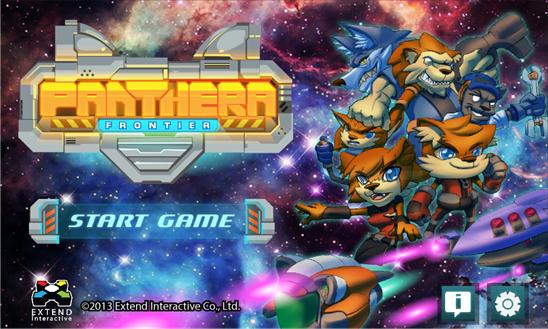 Build and command your own spaceship, Explore the Panthera universe in which hundreds of missions await you! "Panthera Frontier" is a side view strategy game where you play as a captain of the Panthera Federation Fleet. Fight against the tyrant ruler Wolf Empire. Rescue civilian from space pirate. Stop evil plan of the rebel. Explore tons of missions and treasures in gigantic universe. Your adventure has just begun! BUILD YOUR OWN SPACESHIP Each ship comes with unique appearance, and you are free to upgrade and buy new units to fit your own style. RECRUIT YOUR CREWS Discover new races in the Panthera universe. Recruit and train those who will fight along your side. EXPLORE THE UNIVERSE Thousands of planets await for your discovery. The deeper you travel, the more species, friends and foes are encountered. ENGAGE IN TACTICAL BATTLES Encounter hostile ships and manage your resource to maximize the chance to win. Tactic is your keys, choose your weapon and prepare the defense strategy. Target enemy’s room and fire! WEBSITE: http://x10interactive.com/panthera ==================== What's new in 1.0.9 (COSMO) ==================== + New calculation for Maintenance time, it will vary between 20 to 30 minutes. + Show current player's ship body, instead of the dummy ship icon, in Star map scene. + Fixed bugs in "Finding the Mysterious scientist quest". + Fixed some minor bugs. What's new in 1.0.8 (AURORA) ==================== + Can travel along the universe without fuel. + All Random quests are completely re-written. + Improve Jumping effects. + Change Maintenance UI. + Fixed some minor bugs.