PURE ACTION Run, jump and slide from ropes, dodge rocks! Not enough? There is much more in Manuganu. Avoid swinging hammers and jump over moving ... Read More > or Download Now > 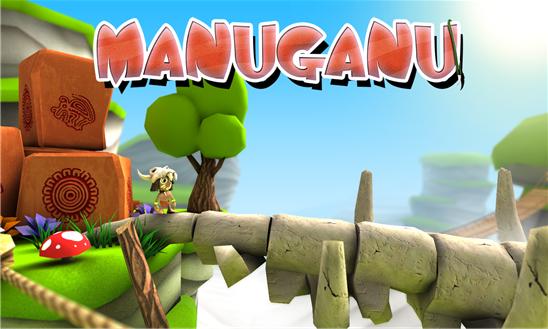 PURE ACTION Run, jump and slide from ropes, dodge rocks! Not enough? There is much more in Manuganu. Avoid swinging hammers and jump over moving ice blocks. Don’t get burned and jump between walls to collect coins and medallions. Break stone blocks and activate platforms before you fall into fog and much more... A RUNNING ADVENTURE Manuganu is a 3D side- scroller running game, in which you control the boy “Manuganu”. Unlike other usual running games, Manuganu brings on the “Halt feature” to avoid swinging rocks, hammers, flames and other enemies with the right timing. Another important feature of Manuganu is the ability to switch from “running” mode to “rope climbing” mode when needed. But be careful! This mode has its own challenges. GAME FEATURES •Platforming Actions: Double Jumping, Wall Sliding, Hovering, Wall Jumping, Rolling, Breaking Stone Blocks •Run through 30 different levels, each with it’s own unique design according to the level theme. •Two button controls and specific swipe controls. •Run into alternate paths to get 3 Star in all Levels. •Three different environments with full 3D graphics. •Original Soundtrack by Tolga YURDABAK •Turkish-English Language Support