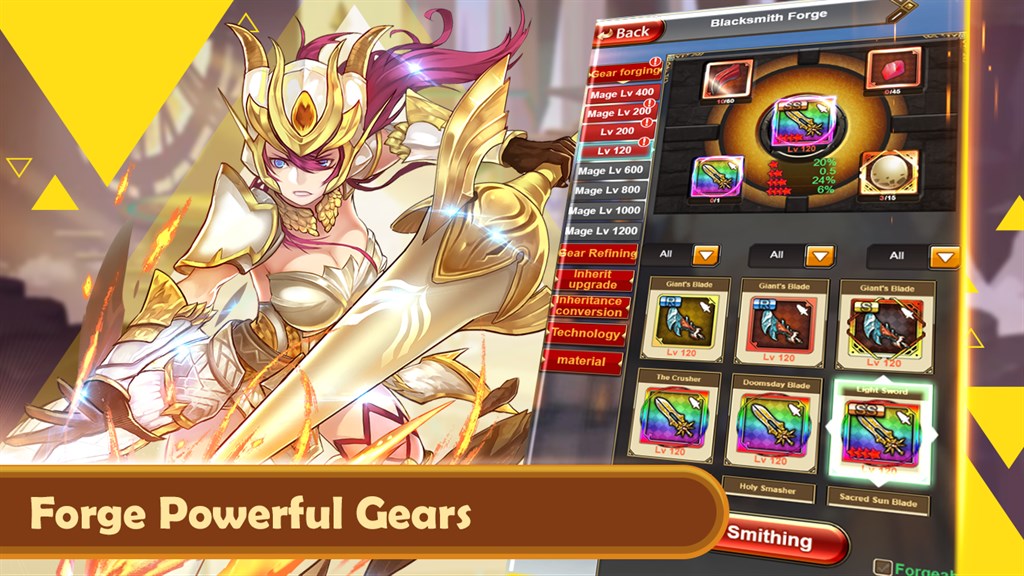 Sophia Fantasia: War of Races is a multiplayer online game that focuses on two-dimensional adventure and battle gameplay. Personality development, real-time team formation, and start a romantic adventure in a new world.

• The decisive battle of the three races is imminent
The Kingdom of Sophia believes in the gods and the goddess of creation Istar. It is the residence of the gods. The Eastern Alliance is a demi-human alliance composed of many demi-human races such as wolves, rabbits, and cat people. The demons of the northern Hesheim Icefield The clan empire is a race with strong aristocrats and advocating military merit. Since ancient times, the gods, humans and demons have hated each other and fought with each other since ancient times. The war has burned all over the continent, and the final battle between the three major races is about to be staged.
• Four major occupations, the power of transfer and promotion has soared
Multiple career options: warrior, mage, archer, knight, with four attributes: earth, water, wind, fire, mutual restraint, vertical and horizontal, distant close attack, transfer and promotion, soaring combat power, who can become this continent the king of knights.
• Hundreds of cards, changeable cute pets, summoned at will
There are 160 various characters in the game for players to collect. When the character bond reaches the full level, you can unlock the eternal bond of the character and get a lot of attribute rewards. Players can also obtain pets through other active systems in the game, and actively obtained pets and pets obtained from gashapons can obtain powerful rare pets through the synthesis system, and activating rare pets can get a lot of attribute value bonuses.
• Demon King weapons, trading system to create top equipment
When the player reaches level 200 or above, the game will open the demon king weapon system, and players can awaken their demon king weapon by killing the BOSS ultimate demon king in the demon king domain. Knights' teamfights and sweepstakes to get rare items that can be traded. The best equipment and props can be freely traded with players to create their own top equipment.