The Mayan’s may have not predicted the end of the world. But they’re gone and we’re still here. Let’s celebrate by playing LunarX. ... Read More > or Download Now > 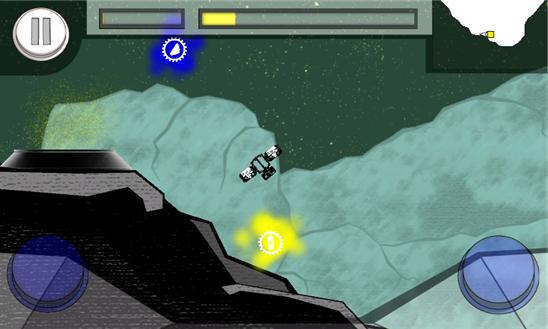 The Mayan’s may have not predicted the end of the world. But they’re gone and we’re still here. Let’s celebrate by playing LunarX. Pretend the end of the world is fast approaching while you escape and look for a new home on the moon! Explore the moon like never before, the way you want to. 2 modes, 40 unique levels, extra hidden levels, ship designer, test flight chamber, and lots of hidden goodies. Yes, I said ship designer. But why stop there, design your ship and your controls too. It’s like having your cake and eating it too. Don’t wait for our buds at NASA, get LunarX before the world comes to an end. Trial: Only includes first 4 levels. Note: Please feel free to email support@inprocessout.com or check out the Facebook page if you have questions or comments. I'm a one man development team and happy to help if you have issues or are confused by any features. Thank you. Update 1.0.1.4 -new hidden levels -minor performance improvements Update 1.0.1.3 -major performance improvements -added 12 new easy levels -added 4 new hard levels Update 1.0.1.2 -fixed bug causing the trial to crash -Fixed issue causing lag before collisions -Fixed bug keeping the music from playing Update 1.0.1.1 -Improved performance -cleaned up interface -minor tweaks on menu screens