Age of Dynasties, Sit on your throne and lead your dynasty through the Middle Ages...Read More > or Download Now >

Age of Dynasties for Windows

More About Age of Dynasties 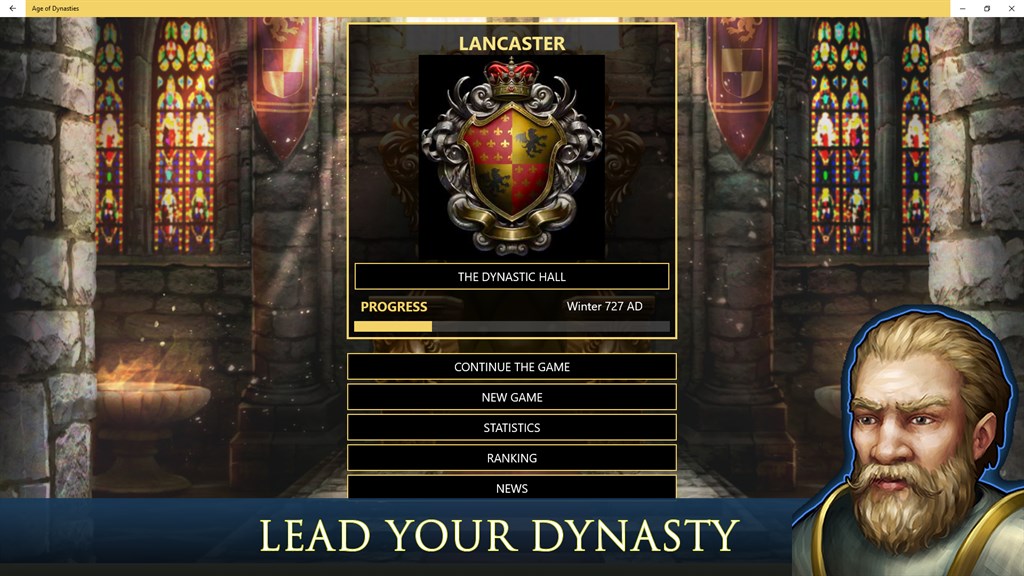 Age of Dynasties is a grand strategy and king simulator game. Sit on the throne, rule a civilization and experience the life and glory of a King or Queen who must lead his/her dynasty during the middle ages. Four best gameplay have been merged in this total innovative simulation: wars and conquest games, turn-based strategy games, RPG and choices games. The dynasty throne is waiting for you!

The King is dead! Long live the King!

My Majesty, with regret, I have to inform you that the King has died. The king's throne is waiting for you to conquest the kingdom. Can you keep your dynasty alive?

Age of Dynasties: Medieval War is set in the Middle Ages, from 476 to 1492 AD, in which you have to rule over your reign. Different kings will occupy the throne in your royal castle and each will have their battles and empires to fight.

Your Majesty, reach the glory and legends that will rise you on to greatness. From the throne of kings in this strategy game offline.

GAME FEATURES:
- Grand strategy game: You can play age of dynasties without internet and wi-fi while you grow your empires.
- Total conquest: subjugate the other civilizations to your will, defeat emperors and sultans, lead your army against every war.
- Build your own kingdom like Camelot: satisfy the demands of your warlords and, warriors and knights to keep the peace in the reign and put yourself to the test through medieval wars.
- Choices Games: make the right choice in every season (winter, autumn, spring, summer) to best build your kingdom and spread legends about your royal dynasty.
- Medieval RPG: meet the requests of the royal throne, conclude the most advantageous marriages for your kingdom
- Raise a Dynasty: choose strategically the warlords of your dynasty. Surround yourself with trustworthy and capable royal family members, epic knights, warriors and generals, and entrust your judgment to their valuable advice to rise your kingdom and castle to prosperity.
- Rule over rival civilizations: collect iron, colonize new medieval empires and conquest their thrones, build your cities, forge swords and armor and guide the crusader knights against your rivals empires.
- Kingdom management: manage thorny political issues versus rival kings. Take choices in royal affairs inside your castle to satisfy lords of the council and royal family during medieval times.
- Total war simulator: rise your strategic skill, lead battles like King Arthur, use strategy and tactics to plan your army's moves in war and conquest rivals thrones in this turn based strategy game.
- Historical medieval Europe: unlike the king of Avalon, there will not be dragons to fight, fantasy kingdoms or an iron throne. Think wisely, the resources of your empire are not unlimited.

If you like medieval games and strategy, download now age of dynasties, and enjoy the life of a King during medieval times.
This turn based strategy game is completely free and also works offline (no wifi needed).